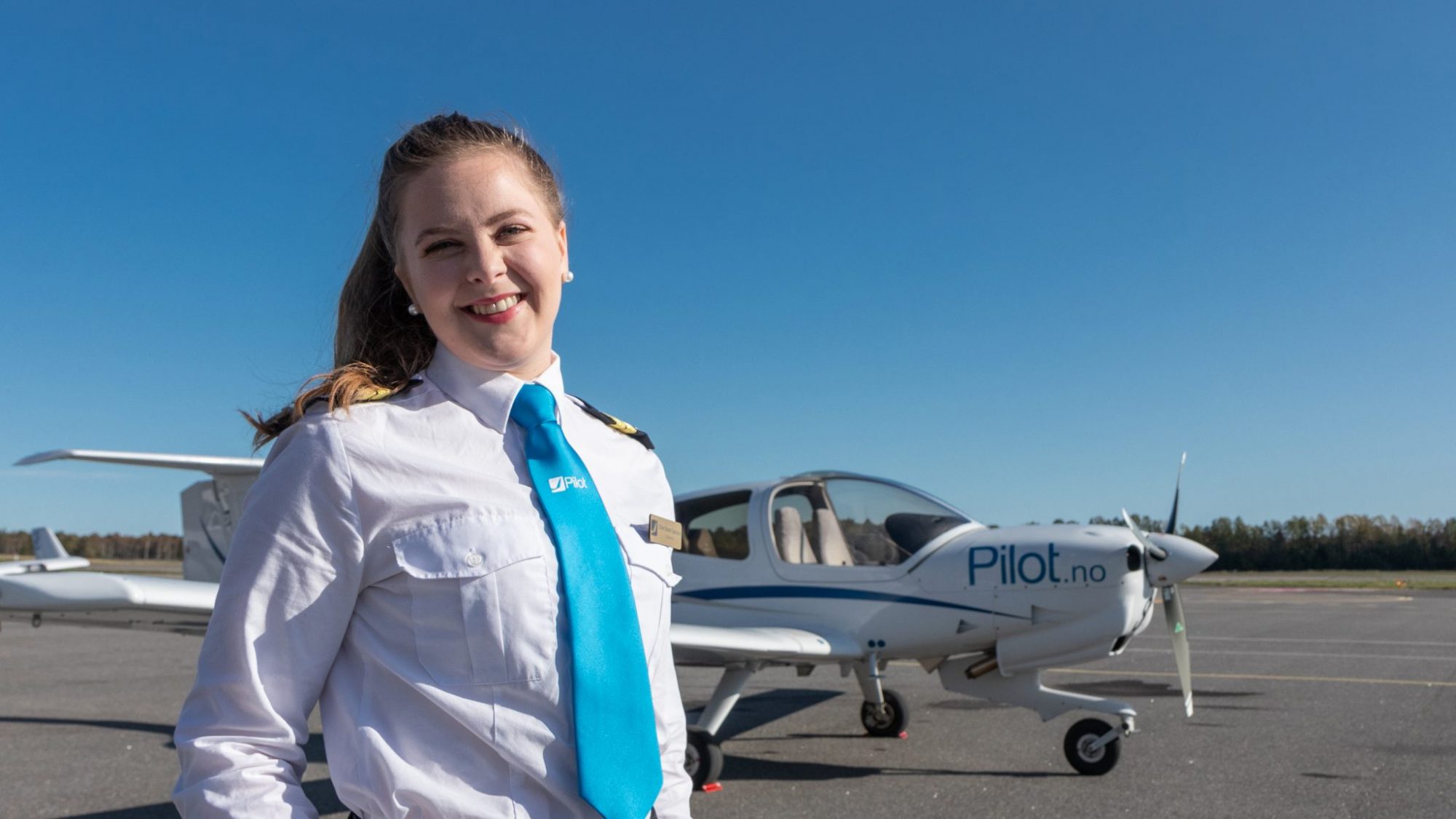 Lillian Sharon Taasaasen abandoned the idea of further music studies to pursue a career as a pilot. Now she is looking forward to being in complete control up in the skies.

– Unlike many other pilot students that I’ve spoken to, being a pilot has not always been my dream. I wanted to be a princess or a pop star when I was a girl. Although, I did have a strong desire to possess a pink, flying car, so maybe I wasn’t too far off, Lillian explains.

The pilot student has always enjoyed a fast paced work environment, but it wasn’t until she began driving a delivery van that she realised the pilot life could suit her.

– There is something about getting from A to B that is genuinely satisfying; to be able to “check” off shops on the list, before going to the next one. In addition, a love for airy activities was discovered through skydiving: although I’m definitely not planning on jumping out of an airliner at FL300 anytime soon,Lillian says with a smile.

There is something “more” about flying

– Maybe it is the idea that humans by nature are not created to fly that makes it more exciting? Regardless, flying has something “more”, according to Lillian.

– For example, I don’t think that the view from the “office” ever gets old, and I suppose that alone would make the profession attractive to many. To be able to fly among the clouds as the sun rises, and be the king of the skies for a little while, or, queen in my case, she says, and continues;

– It is a male dominated profession, and it has been for a long time. I’m not entirely sure why, but it’s changing slowly but surely. The joy of flying is probably the same for women and men. To be in control when taking off and see the ground gradually disappearing underneath you…That sounds like a good day at work! 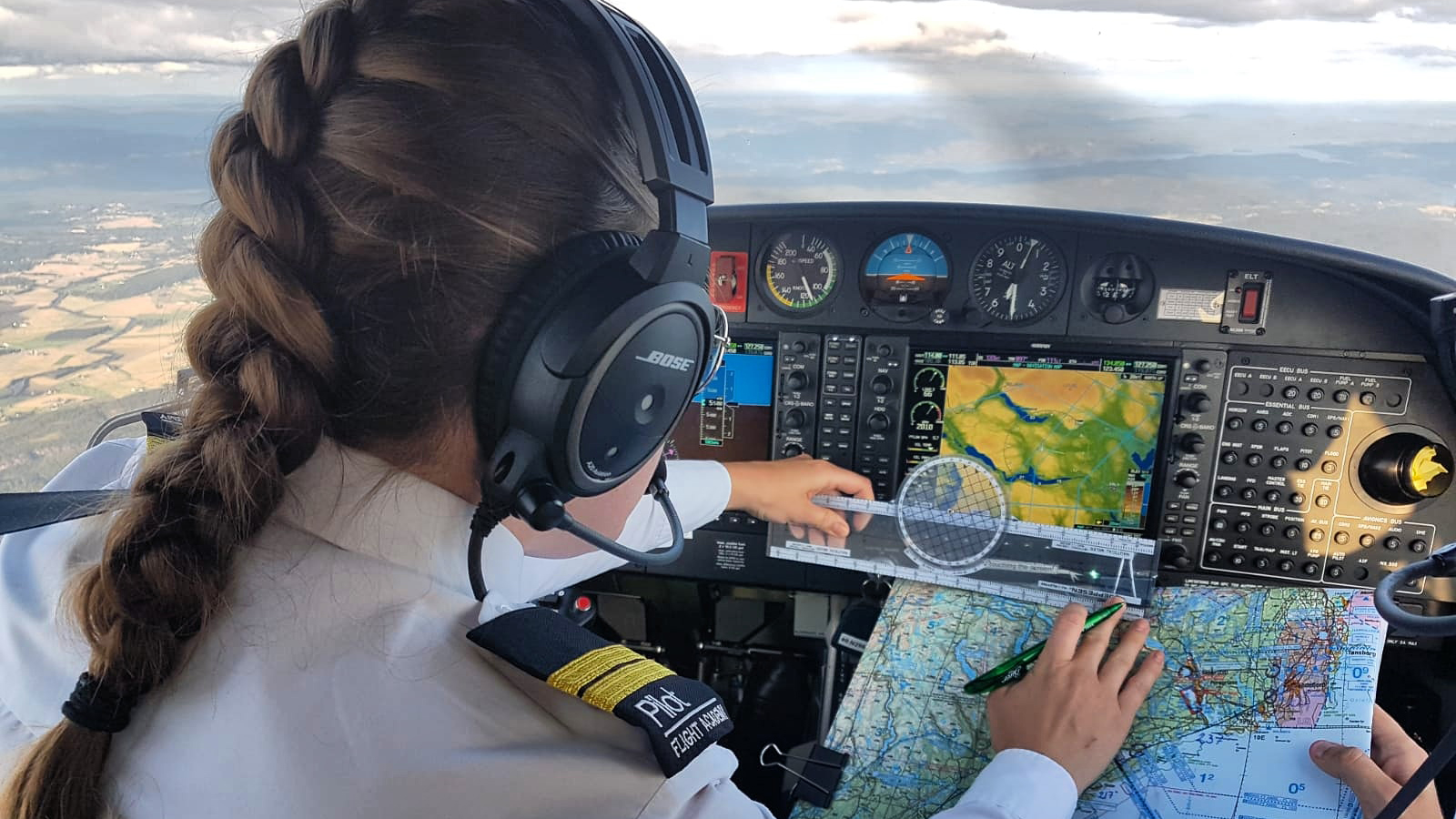 Moving away from the study of music

After a bachelor from Durham University, Lillian concluded that for her, music was suited as a hobby rather than a profession. Instead she chose to become a pilot.

– Luckily my English is proficient after three years of my friends and fellow students constantly correcting me. They almost imprison you for using American words and slang in England. The only thing left then, was everything else you need to become a pilot.

– After the Norwegian state opened for financing the pilot studies, I only needed a year of work before applying to Pilot Flight Academy. That opens the opportunity for so many more, it’s great, the happy student says.

Only two years to become employable

– I was happy with the fact that you only need two years before you are eligible to be hired. The theory is intense, but you learn a lot of exciting things. I can finally understand the charts used in the tv weather forecast!

How air moves and lift is created, in addition to the designing of a wing, are some of the things she has been taught as a pilot student.
– The training flights are top notch, and the instructors do a great job introducing you to planning and the exercises we do, also for those without any previous experience, like me.

– The progression is very quick, and also intense. However, it is very rewarding when you are able to get it right, and look back to see how much you’ve improved. It is challenging in several ways, and therefore even more satisfying to master, a very satisfied Lillian concludes. 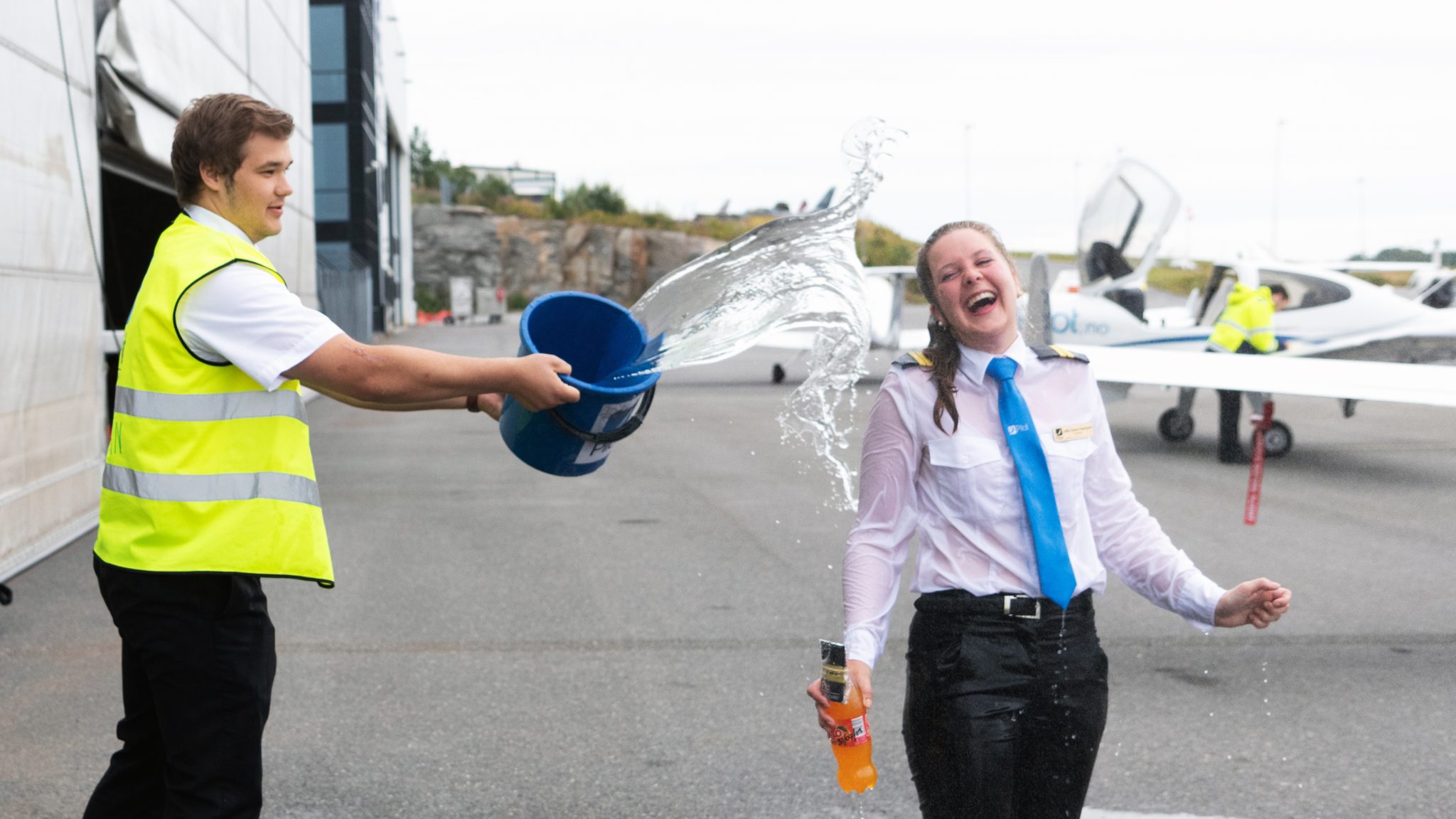 Do you want to take an integrated pilot program with job opportunities after only two years?
Find out more about the pilot program at PFA and available course starts.