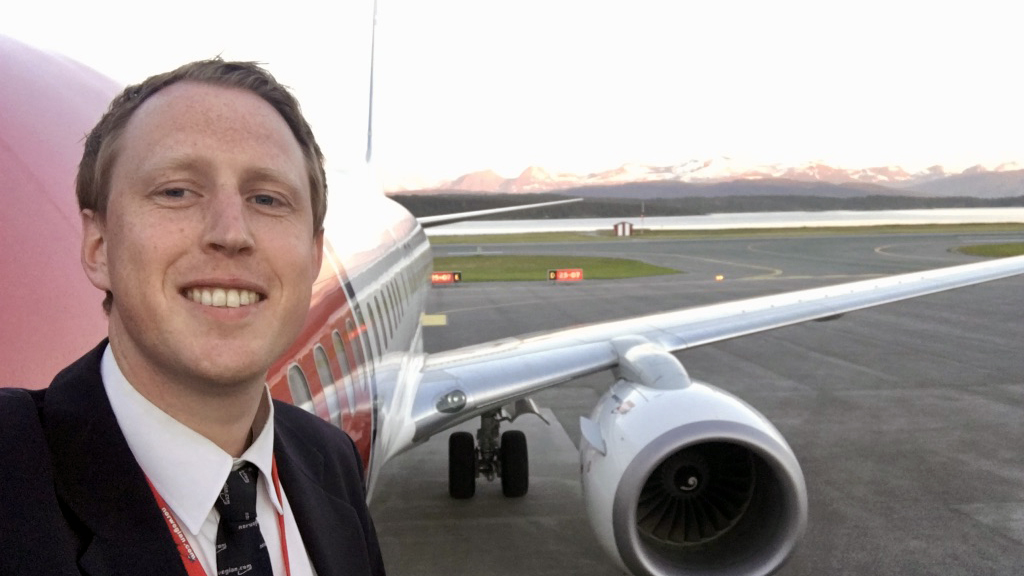 Mats Rove has worked as a pilot for the past nine years, and has several beautiful flights from around the world to look back on. However, it takes a lot to beat flying in Norwegian conditions, with regards to both the views and the weather.

Mats graduated from Flight School in 2009. The timing was far from ideal; when it came to finding a job, there were a lot of competition for the few open positions available.
– Unlike today, the airlines weren’t really lacking pilots, he says.

The situation today is much more promising for new pilots. According to statistics from Boeing, 7300 new pilots will be needed on a yearly basis in Europe. World wide the demand is 36 500 pilots each year. With an integrated programme, it takes only two years, to be ready for airline interviews and Mats has a couple tips on how best to prepare:
– It’s important to observe the tricks of the trade early on in your career, and how best to position yourself to work for an airline, he says and continues:
– Be available. Update your CV with every airline as soon as you gain any experience. In my experience, the airlines often look for a personality they deem fit for their company. So be yourself, and don’t give up even though you may not get your dream position straight away.

No risk, no reward

After a year of applying and exploring career possibilities, an opportunity arose. Mats was offered a job by Lion Mentari Airlines, based in Jakarta, Indonesia. He packed his bags and went.
– To experience and live in different cultures is very educational. One gets an insight into just how culturally different Norway is to other places. Indonesia is completely different in terms of hierarchy and social differences, he conveys. 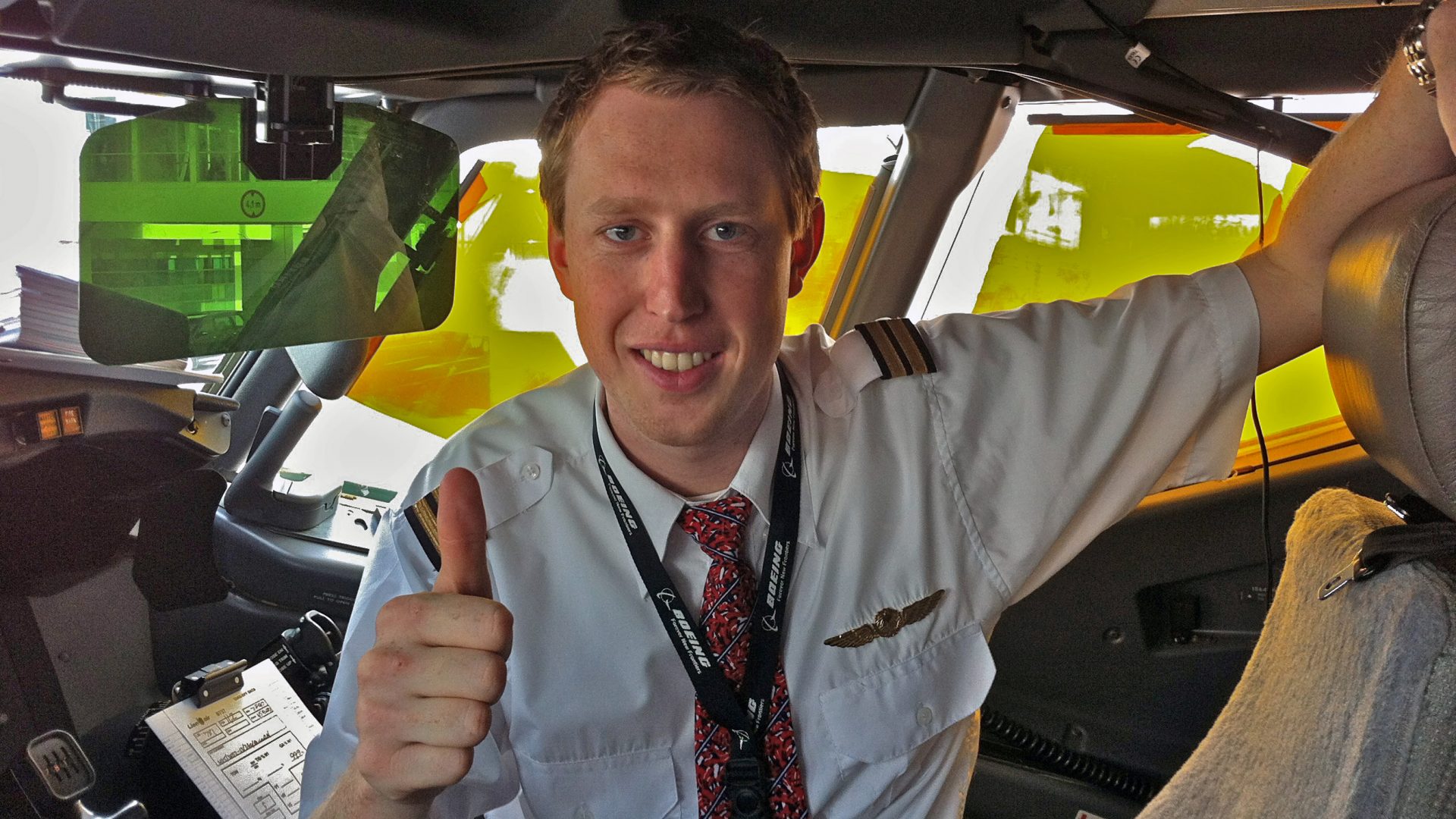 During his first year, he flew almost 900 hours in the Boeing 737-900 to destinations like Vietnam, Singapore, Malaysia and Indonesia. Many hours in the cockpit led to many experiences, both good and bad:
– When I worked in Indonesia, we had a stopover in Bali. All of a sudden the aircraft was hit by a thump from one side, as if the ground crew had driven into us with one of the service trucks. The captain and I looked puzzled at each other, wondering what had happened. When all the doors of the terminal opened, and passengers burst out, we quickly realised we were experiencing one of many earthquakes in Indonesia, tells Mats.

The dream of Norway

Throughout the years, Mats has been able to experience multiple different countries. Still, the dream was to return back to Norway.
– The key to being able to return to Europe and Scandinavia was probably the experiences I gained in Indonesia, he says.

According to Mats, the best way to prepare for an interview is to reach out to someone already working in the company for advice.
– A personality test is very common, an abbreviated IQ test, technical interview and a simulator-check. That may seem a lot, however, it’s important to keep in mind that the companies aren’t looking for someone superhuman. It is, however, important that the basics skills are up to standard, and that your personality and how you deal with different situations is appropriate. 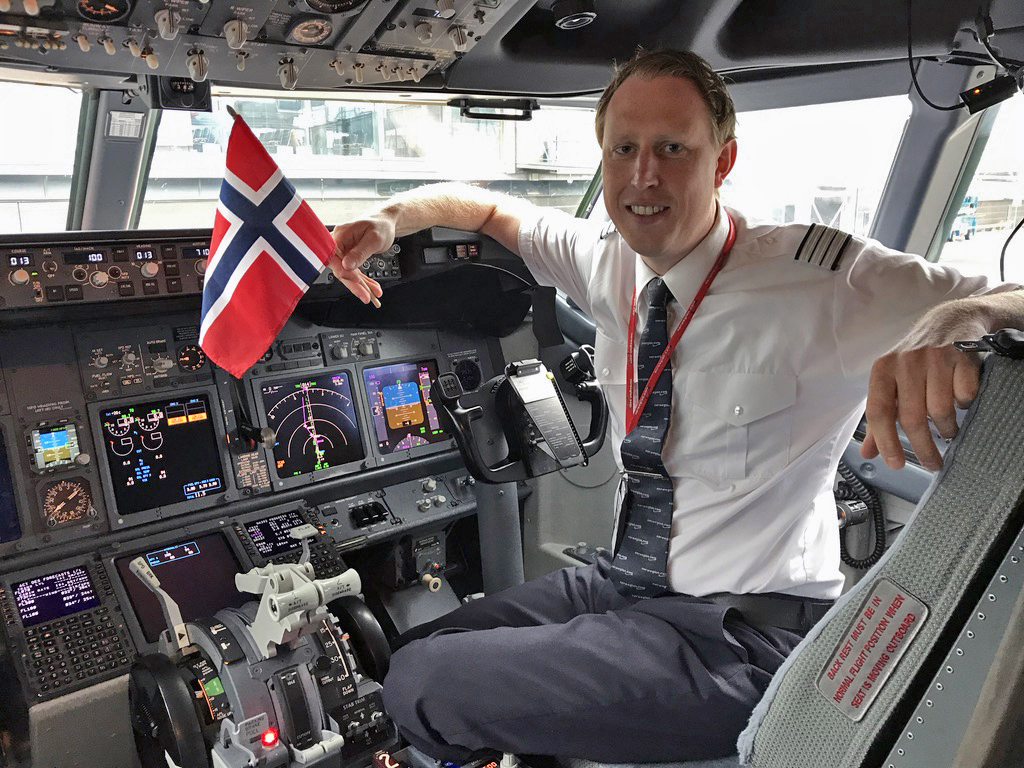 For the past seven year, Mats’ office has been a Boeing 737-800 cockpit, something he thoroughly enjoys.
– Flying a Boeing 737 offers varied flights to medium sized airports. Most legs are between one to six hours long, and the aircraft is able to land on relatively short and challenging runways.

According to Mats, the start of a good work day begins with greeting great colleagues in the crew room. Even though Mats has travelled to many countries, Norway is definitely his favourite, with Molde being his favourite airport.
– It’s great to end the day at Molde or Ålesund after nice medium long flights in Norway. In the afternoon one could hike in the mountains or venture to other picturesque spots before rounding off the day by dining out, he suggests. 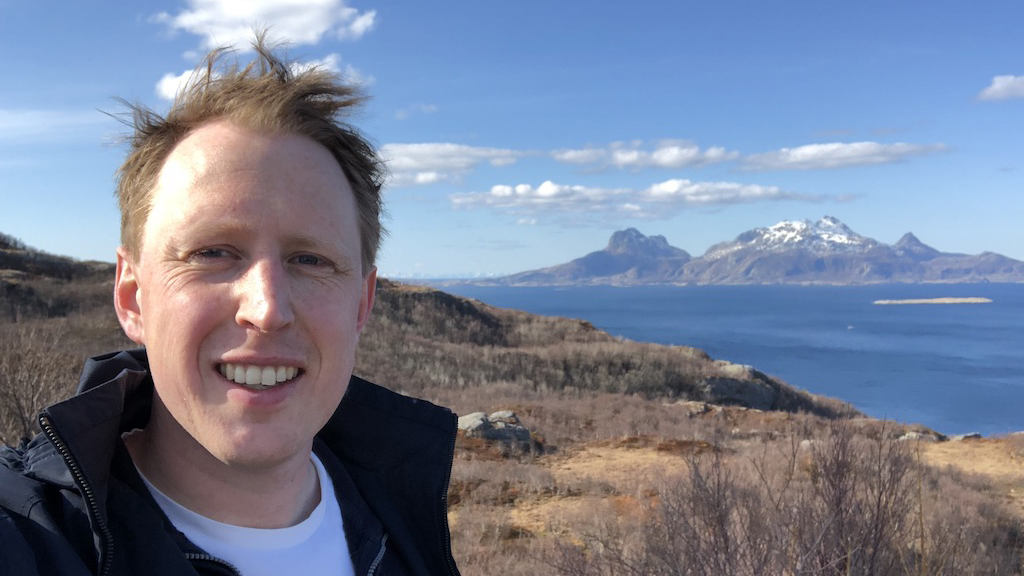 Mats says that in recent times, several considerations, in addition to the flying, has arisen within aviation.
– I think your focus does change as you become more experienced, and there are other aspects that become more interesting and enjoyable.
– As pilots, our work days vary according to our destinations. They vary drastically from warm and dry weather, like Dubai, to cold and icy winter nights in Northern-Norway, Mats explains, and continues:
– The most strenuous thing for me is commuting, and the time away from family and friends. You often work when others have their holiday and time off.

The best thing about work for the adept pilot has been the technical part: to fly a jet in challenging weather conditions in Norway.
– For me, visual approaches into the many beautiful airports in Norway is top notch, both in winter and summer, Mats reveals.
– Lovely colleagues and exciting destinations are also perks, he says smiling, concluding:
– Few things beat the view of the Aurora Borealis on a cold and clear winter night;  having the Northern lights covering the entire night sky with Northern Norway as the destination, Mats tells, seemingly very content with his choice of profession.

It’s been ten years since Mats graduated, and the need for pilots has changed drastically.
Read about the prospects for pilots and how to apply for admission here.

Previous
Queen of the skies
Next
A determination to take flight