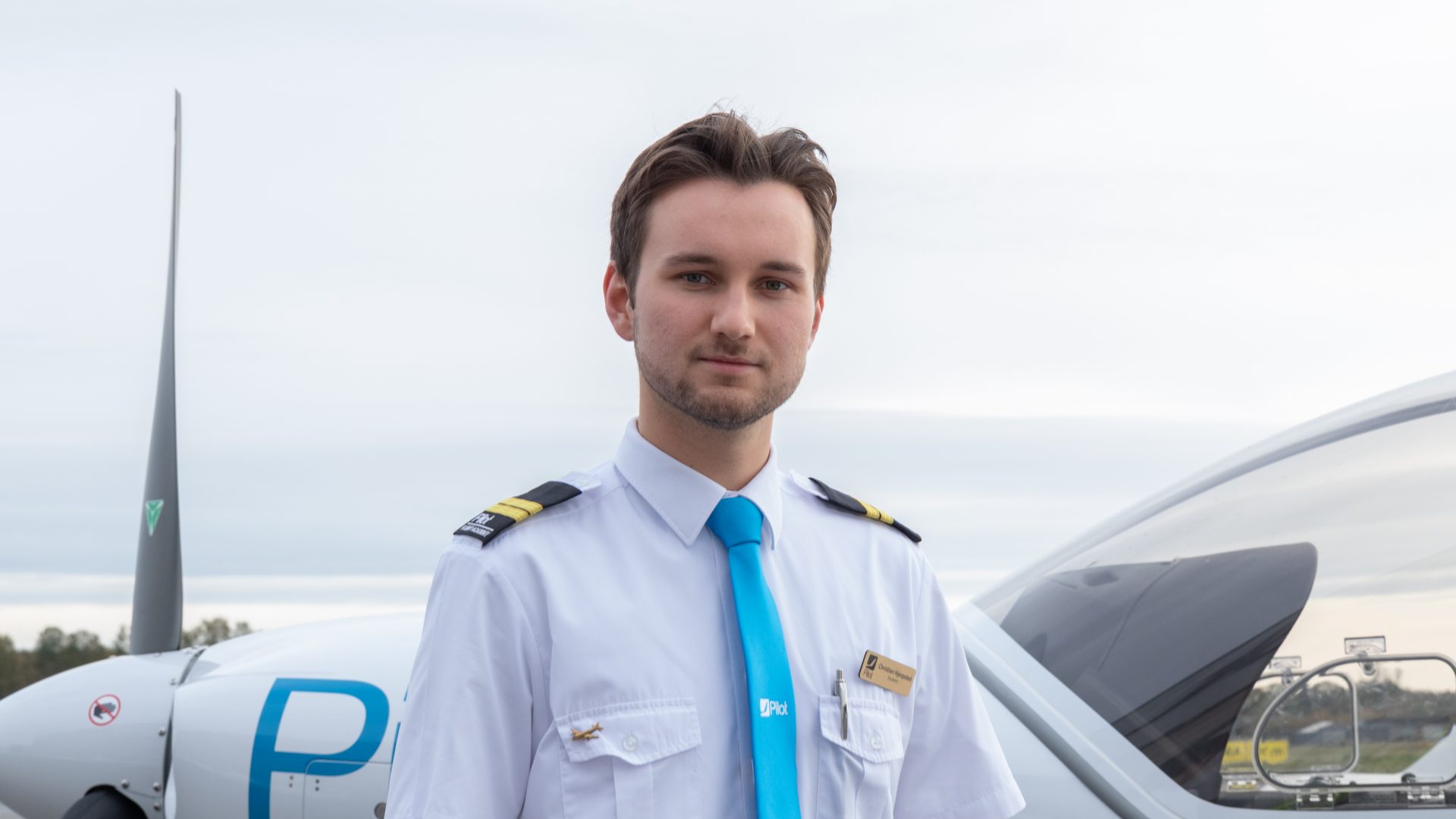 Christian Hjerpstad has proved that pure will and grit can take you far. Now he’s taken flight on his own.

Christian started flight school in September 2018 and is one of the first students to complete the ATPL theory before the flight lessons. From a young age, Christian was out flying and travelling with his family, and got to experience airports and large aeroplanes.
– I was always very fascinated by aircraft and all the things happening at airports – I guess I’ve always been dreaming of becoming a pilot.

During upper secondary school Christian wanted to continue onto pilot school, but he had some reservations.
– I felt uncertain about the entry requirements in mathematics and physics, as I was never especially good at either.
– However, I committed to hard study to become proficient enough to get accepted, and also of course, get through the course.

After passing PFA’s entry requirements with flying colours, choosing which school to attend was straightforward for the young man.
– I was born and raised in Stavern, which is not very far away. In addition, the school’s reputation is great, and it is one of the biggest and most modern schools in Europe, he explains.

Getting to use the theory learned

To be able to get through the course, being both well prepared theoretically, and self-motivated is essential. Christian lacked neither:
– What motivates me is my general interest in aviation. I can’t imagine having anything else as my everyday life, he says, smiling.

Both mathematics and physics are used in practice in the studies, which makes it more logical and enjoying for most.
– There will be some difficult and complicated problems at times, you have to get through, but it is definitely doable, says the happy student. 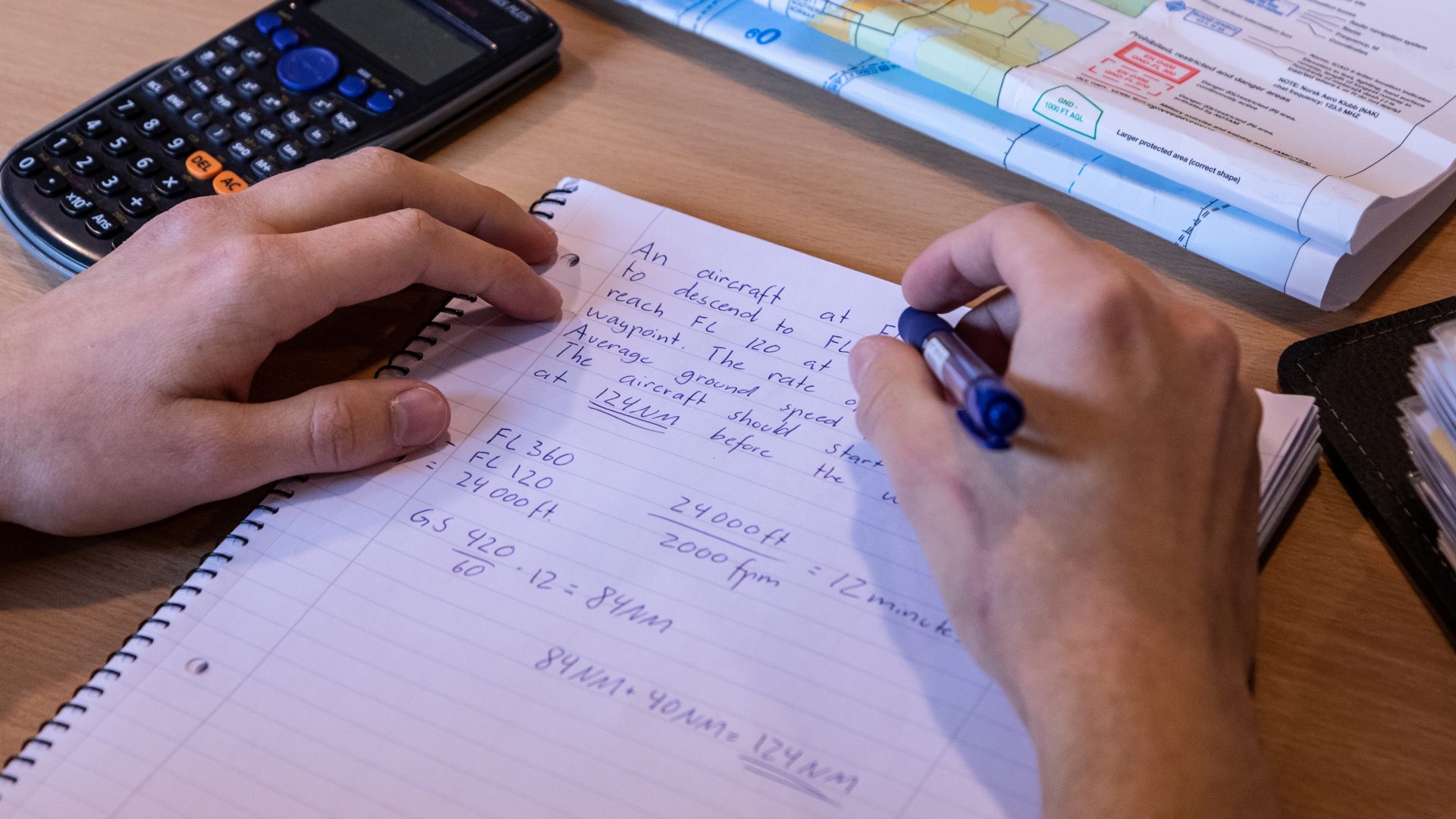 Christian is in the first class that will finish the entire ATPL-theory programme before beginning the flight training programme. He finds the theory modules very stimulating, and when we ask for his favourite, he doesn’t hesitate:
– That has to be flight planning, he says.
– It combines multiple modules into one. You get to use what you’ve learned in others: General Navigation and Meteorology in particular, he says, and continues:
– This module is also very much relevant when it comes to the flying. You as a student are responsible for planning the flights yourself, so having gone through the essentials in flight planning is a great foundation. 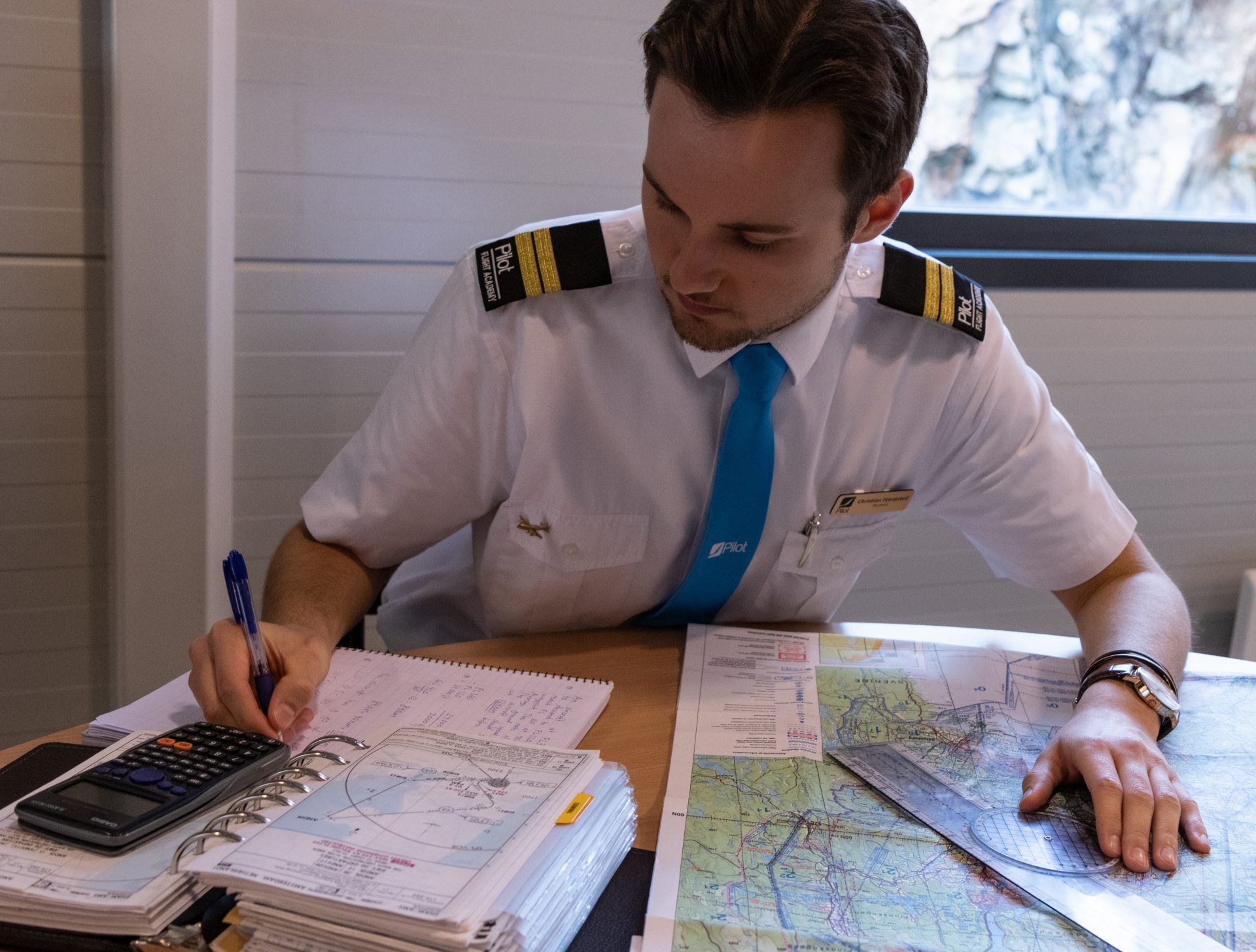 Having finished his ATPL(A) theory, Christian has worked hard to get where he is today. Some things suggest that his success is not by chance.
– It’s all about finding the perfect balance; I was at school from 0800-1600 for lectures, went home to eat dinner, and then back to school to work until it got dark outside. One has to invest a lot of time into studying, especially the theory. However, it’s worth it, he asserts.
– From early on I decided to separate school as the place to learn and study with home being the place for relaxation. I think it’s good to be able to differentiate the two different environments clearly.

It’s not hard to understand why the student excels; he has spent many hours in addition to his lectures studying with his future colleagues.
– I worked best taking notes on the most important things whilst reading, and then later testing myself. I also worked together with my classmates; we quizzed each other on everything. There is also many question banks available. It’s a tool worth its weight in gold when it comes to getting an overview of competence, or lack thereof.
Christian is both organised and a little headstrong which is needed to finish the intensive program. With six hours of lectures every day, regular tests and a total of fourteen exams, one needs to stay ahead of the curve.
– The idea that I one day will be able to work as a pilot, gives me the conviction I need to get through the program, he says.

From theory to flying

After 10 months of intensive reading the student has had a steep learning curve, and this summer he started his flight training programme. There is no doubt that flying is the most exciting part so far:
– I’ve learned how to maintain speed by adjusting pitch, wind correction and navigation, he says.

Recently Christian had his first solo and received two stripes on his shoulder. In true tradition, he was soaked by fellow students and his instructor after his flight.
– Everyone with a driving licence probably remembers their first drive after their test. Your first solo has some resemblance, only better, he grins. 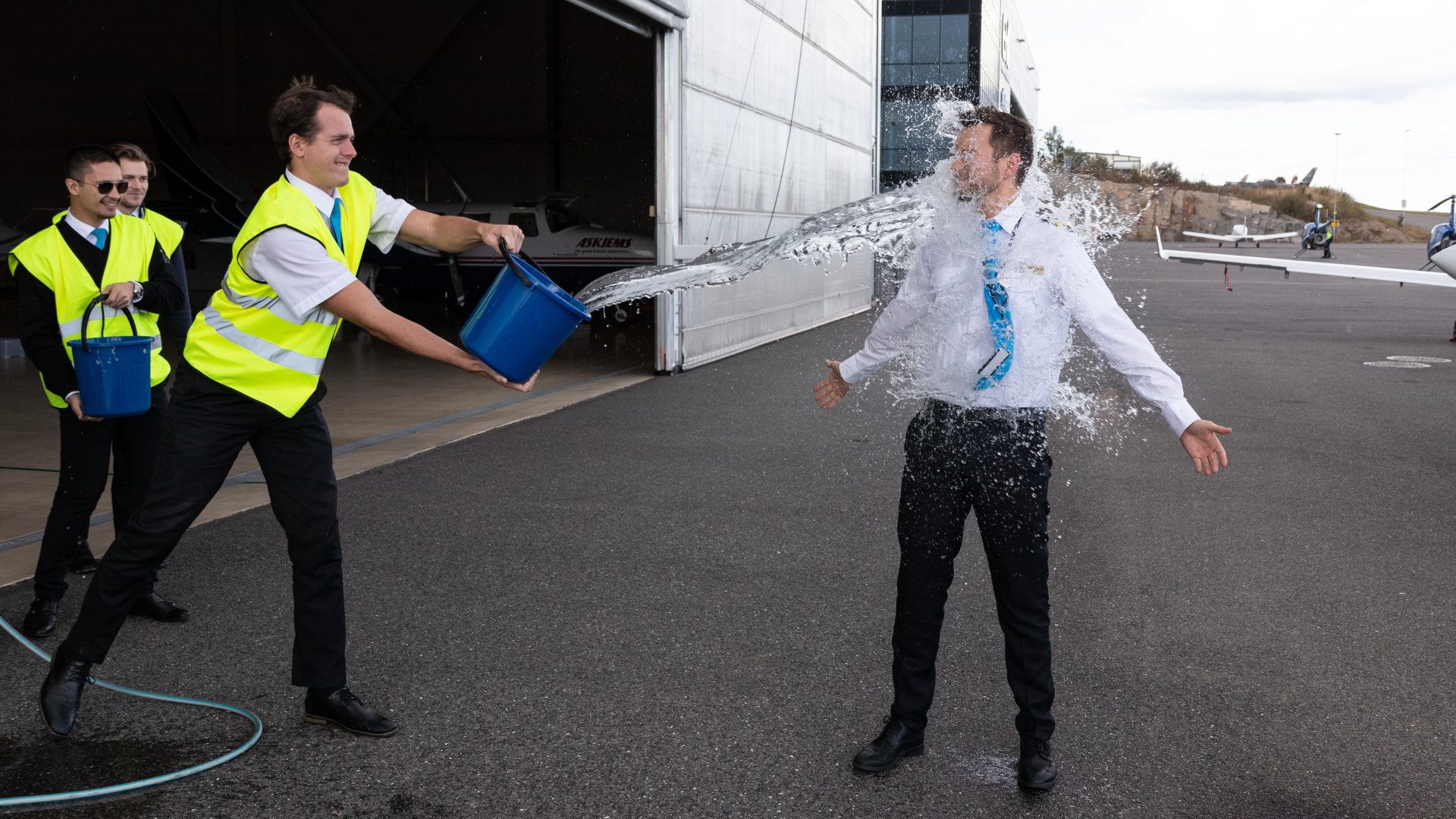 – The prior progression check was stressful, but to then sit in the cockpit alone, knowing you’re solely responsible for the aircraft and to be able to handle it safely is an amazing feeling, he conveys proudly, and concludes:
– The goal of it all is to land a job with a bigger company. An airline with a great working environment and fulfilling days are something for me!

Do you dream of becoming a pilot?
Find out how to apply for admission here.

Previous
Good morning from the flight deck
Next