With a background in Aviation Engineering Studies Luuk Beers is all set to pursue his dream of becoming a pilot.

The 24 year old from Heerhugowaard in the Netherlands, started his pilot studies in 2019. He thought about starting his pilot career already back in 2012-2013, but the economic crisis changed that:

– I decided to start at Aviation Studies (Engineering) in Amsterdam to learn about aircraft, airlines, maintenance, etc. After finishing I still wanted to become a pilot and now I’m here at Pilot Flight Academy in Norway, Luuk smiles. 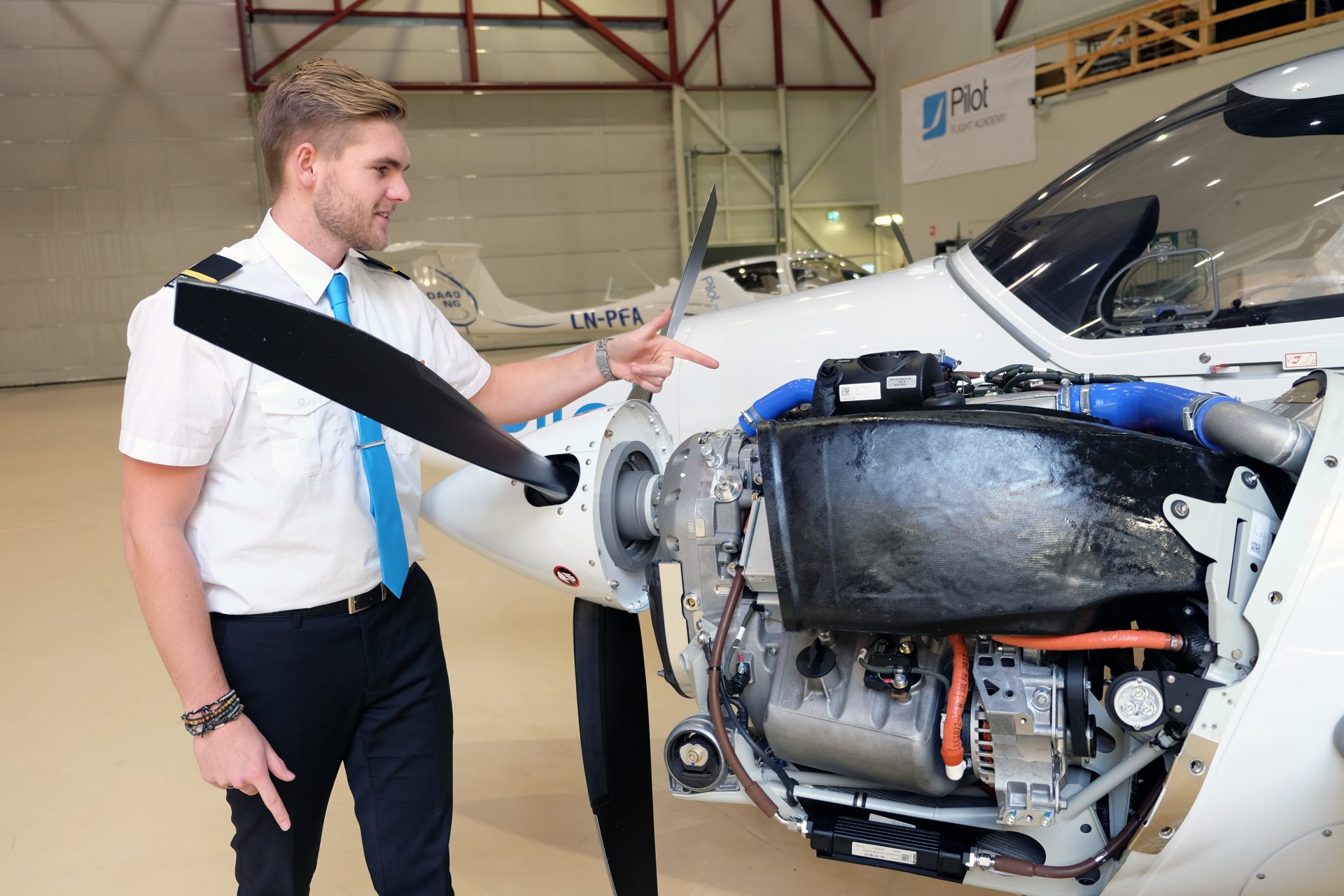 Everyone is really helpful

When asked if he thinks it was a challenge coming to Norway to study, the answer comes quick:

– No, definitely not. Everyone is very helpful and kind to me. Off course you have to get used to ‘new’ things but it’s easy to adapt to it.

It was random that Luuk ended up in Norway, but he is both excited and happy to have chosen Pilot Flight Academy.

– I did a graduation internship at Flight Simulator Company (FSC) at Schiphol. Here, I learned a lot more about flying (in simulators). I worked together with instructors from different airlines which was very interesting and instructive. My supervisor then put me in contact with Joeri Stoop, a former FSC employee. Joeri and I had a meeting and he told me about PFA which made me excited. In July, I visited PFA for one day which made me even more excited. After completing my internship I decided to start at Pilot Flight Academy.

Even though it was easy coming to Norway there is always a bit difficult to leave your own country and your usual habits. Luckily for Luuk there is a direct flight every day from Torp to Amsterdam which makes it easy for friends and family to come visit and for Luuk to go home on holidays. For other foreign students from other places than Amsterdam Luuk has some comforting advice;

– Everyone is helpful and kind so don’t hesitate questioning something, even if it’s non-school related.

In Luuk`s opinion there is several reasons why he likes studying at Pilot Flight Academy:

– There is not only one ‘best’ thing about studying at PFA. Pilot Flight Academy is a high standard ATPL academy with brand new equipment and pleasant instructors. Thereby, it’s an innovative leading-edge company with high standards and an open culture.

– How is it like to be a foreign student at PFA?

– It’s quite easy to adapt at PFA as every class is in English. So therefore it is required to be familiar with the English language. As I’ve stated earlier, everyone is helpful and kind so don’t hesitate questioning something, even if it’s non-school related. Among other activities, PFA has got a soccer team which I want to join after the theory is done, so that’s nice as well.

Since Pilot Flight Academys campus is situated next to the runway of Torp, all students can se every aircraft departing and landing everyday. 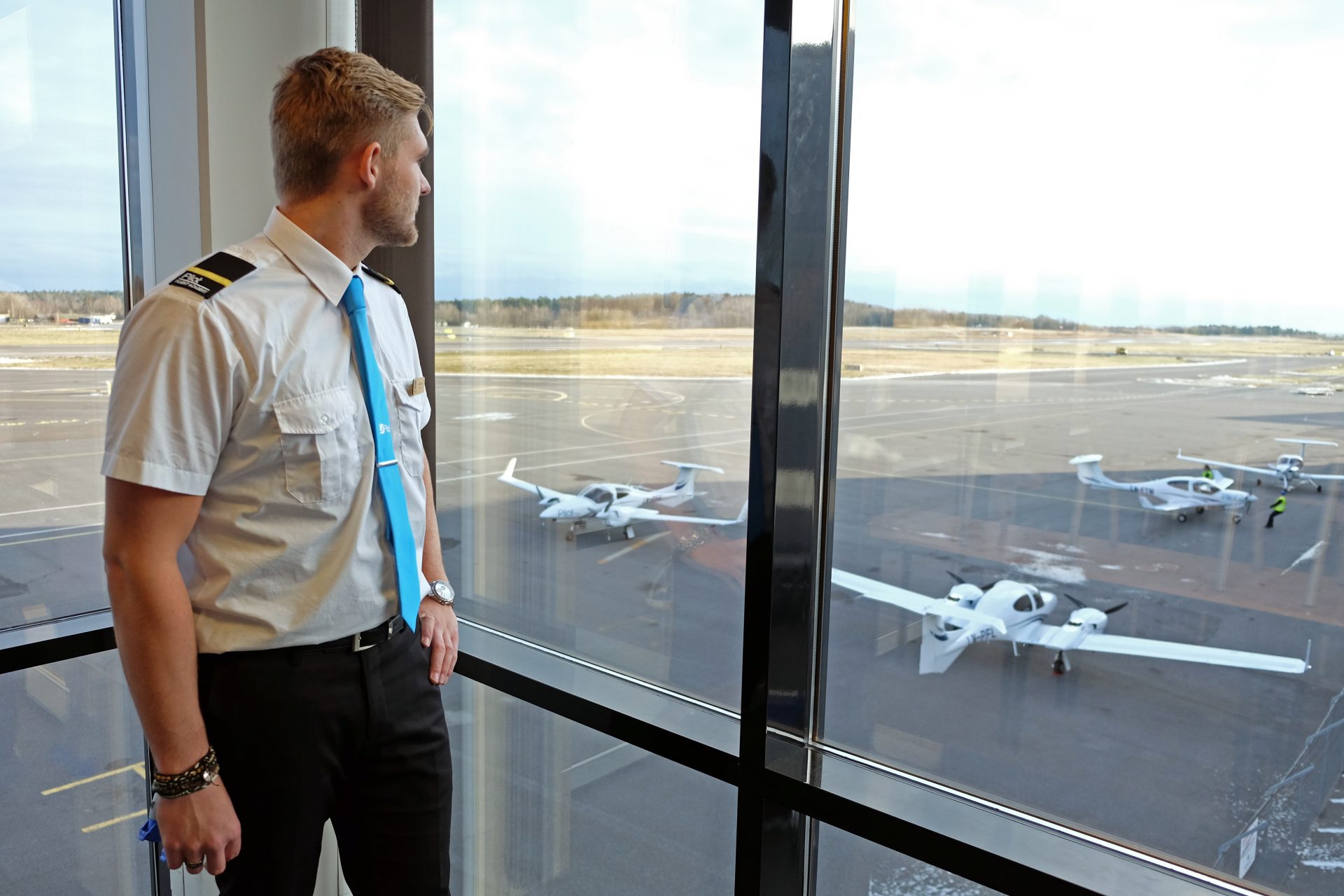 – That is a big motivator for a lot of the students, says Luuk.

He also feels the timing for becoming a pilot is good:

– The airline market is changing and new more efficient and sophisticated aircraft are entering the market (777X, A330NEO, etc) which I think is exciting. Furthermore, the fact that a lot of pilots in several airlines are reaching their retirement age is favorable.

The pilot education lasts only 2 years, where the first 8 months is theory and the rest is flying. After graduating you will have all the certificates you need to start a career within an airline. Luuk elaborates:

– Just think; it’s 8 months of looking down in your books and afterwards you reward yourself with one and a half years of flying before graduating with an international pilot license. To do this demands hard work, and you have to plan your study every week so you don’t get flooded by all the learning objectives at the same time. Plan you time wisely, also free time!

The dream of flying

For Luuk the most important thing is to fly, and he does not know if his future will be in Norway, in The Netherlands or somewhere else.

– My dream is to fly for a well known and well renewed airline like KLM, Emirates or SAS. That said, I could also easily be a pilot for a company like Ryanair, EasyJet and Vueling to gain experience and flight hours, and become the best pilot possible. 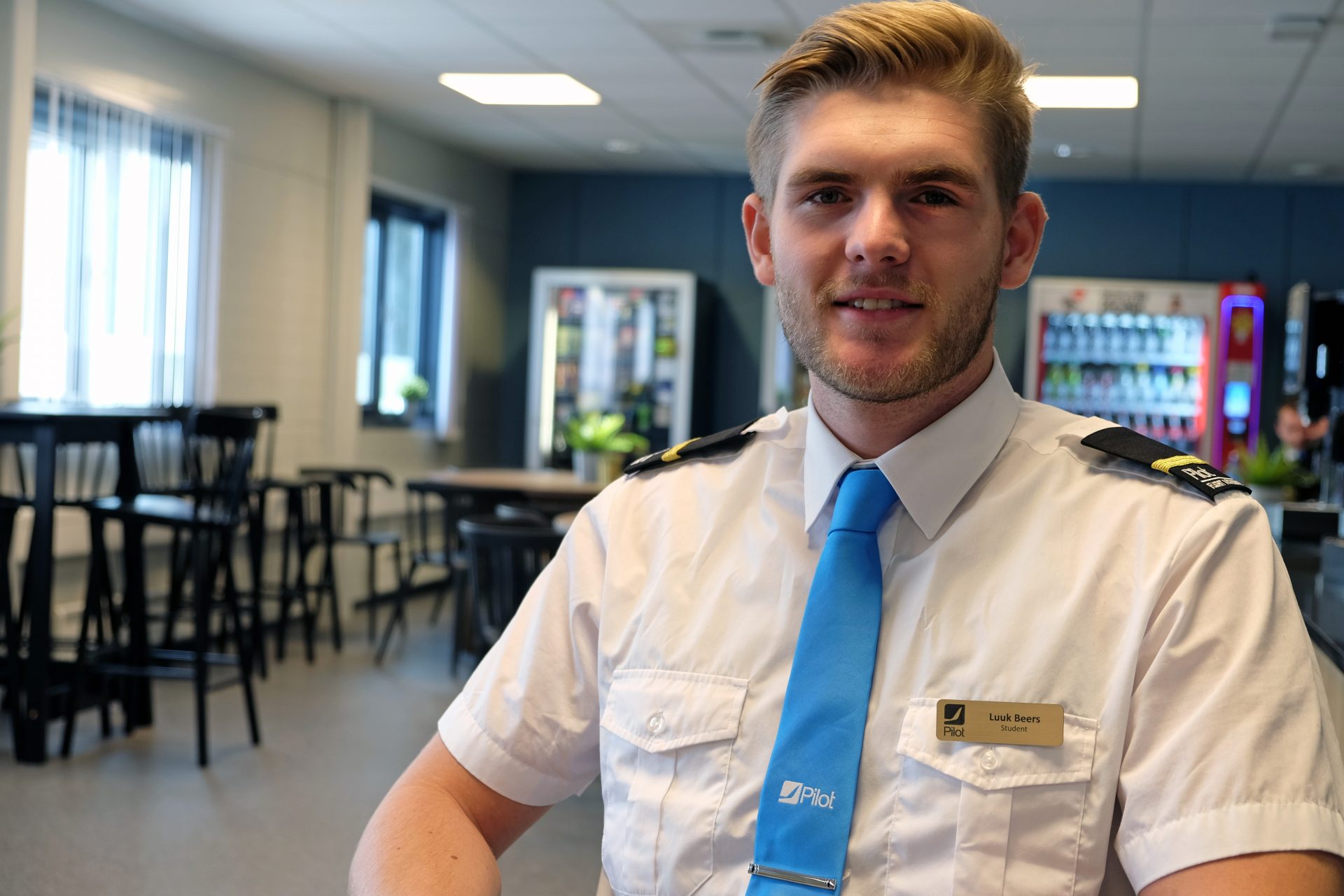 – At PFA I can complete my ATPL at a modern, innovative and high standard facility that provides me with the best resources for becoming an airline pilot. Remember that becoming a pilot is not just about flying, it also demands hard work to achieve your dream.

For others thinking about becoming a pilot, Luuk has only one thing to say:

– If you want to become a pilot, just go for it!

Do you want to become an airline pilot? Read more and take our admission test here.