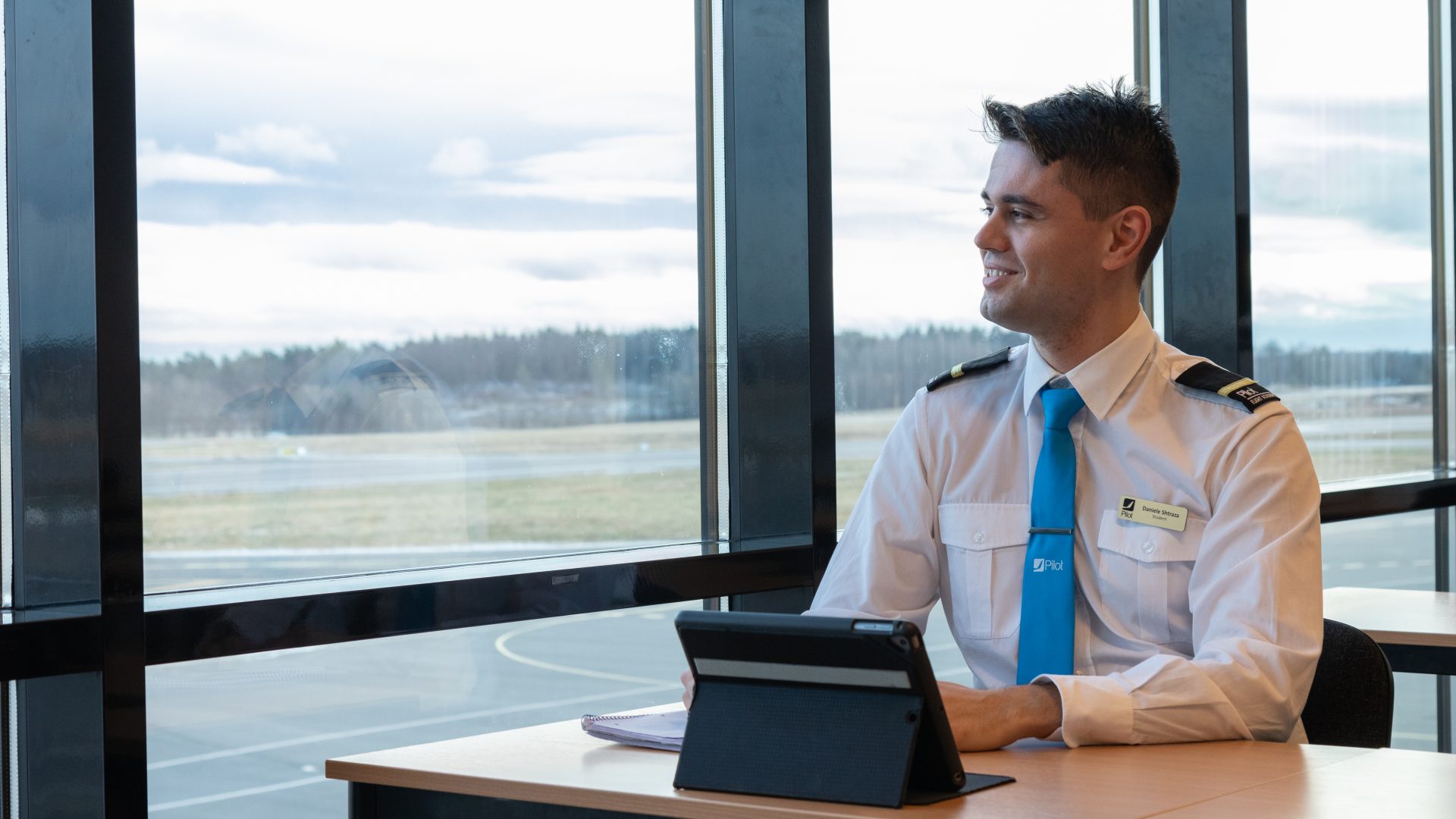 By chance, Daniele Shtraza ended up in Norway, where he fell in love with the country and found a way to pursue his passion for aviation.

Daniele followed his mother to Norway all the way from Brescia, in northern Italy. One year ago he started working here to save money for his pilot education in the USA.
– Moving was a choice I made to improve my life, and in Norway I got the opportunity to do just that, he says.

The Italian in Norway

In general, Daniele didn’t have any difficulties moving to Norway, but the amount of snow was a bit of a surprise for the born Italian. Especially when working as a truck driver!
– I had never seen so much snow in my life. And to make things even worse, I worked as a truck driver and had to put chains on the wheels in the winter, he smiles.

Daniele has a passion for making pizza and was working in an Italian restaurant at the weekends. One evening, while working in the restaurant, his life took an unexpected turn, when he met a man with passion for aviation.

– During weekends I used to work as a pizza chef in Sandefjord. One evening I met Mr. Frode Granlund, the founder of Pilot Flight Academy, in the restaurant. He was in a business meeting with some pilots from Africa. The waiter told me that they were pilots, so I took the chance to talk to them. Mr. Frode told me about Pilot Flight Academy and I got all the information I needed to make my choice. 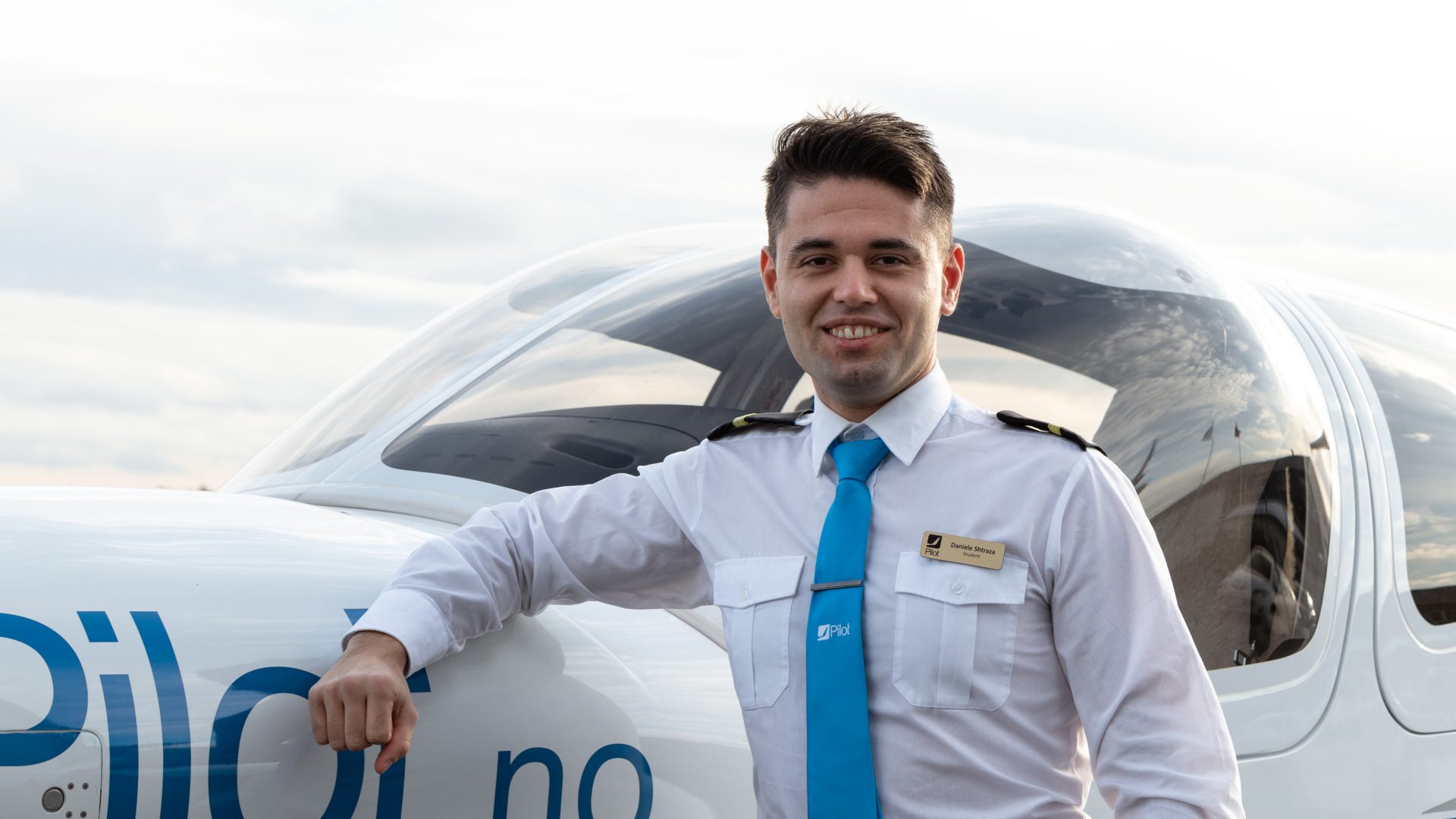 The Italian student started at Pilot Flight Academy in February 2019, and he is working hard to achieve his goal to become an airline pilot. Without government financing, he has to use every opportunity to save money.
– By living at my mother’s house and working at the pizza restaurant now and then, I’m able to pay for my studies, he says.

The committed student’s main goal is to become an airline pilot and a future captain.

– What drives me forward and upwards is to continuously wanting to improve myself and I set myself new goals every year. Becoming an airline pilot will also make my family very proud, especially my mother. But most important; achieving my goal of becoming a pilot, will prove to myself that everything is possible in life if you truly believe in it, Daniele says.

– I look at the pilot profession as a way of life. To travel the world and get paid for it; it’s a fantastic opportunity to meet new people, see new places and also feel the freedom of flying. 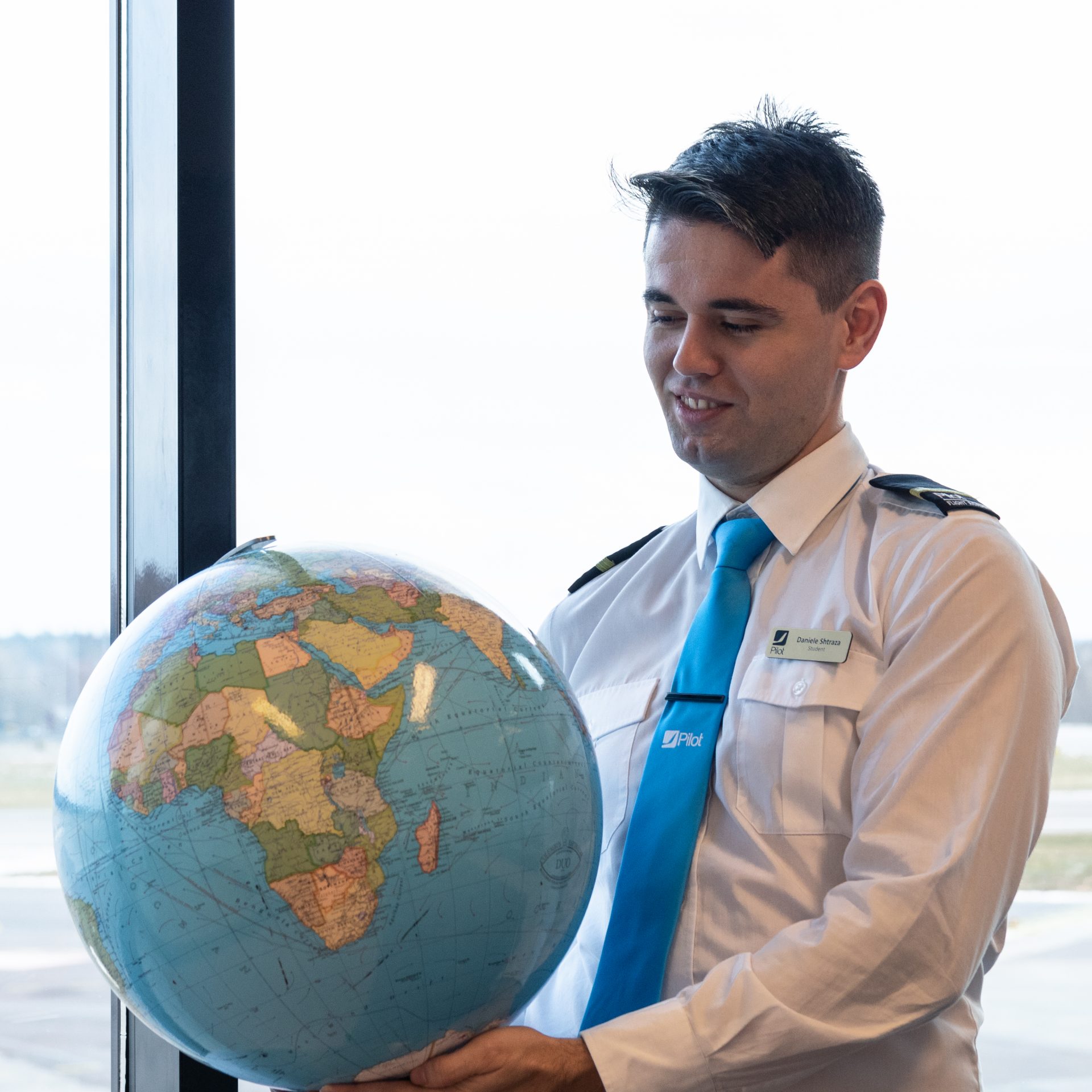 Travelling around the world is of course a possibility for pilots, so the Italian pizza chefs dream might surprise you:
– My dream would be to become an airline pilot here in Norway. I want to live and work here for the rest of my life, because I have fallen in love with this country. People are amazing and the nature is wonderful, he says and explains:
– While I was working as a truck driver I had the chance to see the beautiful nature in the south of Norway. But I want to see more. On my bucket list is also to see the famous Aurora Borealis.

Treated as a pilot from day one

The aviation environment at Pilot Flight Academy inspires new friendships between young and experienced pilots and bonds are made between future colleagues.

– You really feel like a pilot from day one and studying here is amazing. The instructors are a mix of people with a lot of experience in aviation, former airline pilots, jet fighter pilots and pilots that are working for airliners but still instruct on the side, Daniele says with excitement in his voice.

– Pilot Flight Academy is one of the best schools in the world and a there is a lot of good job opportunities afterwards. Many students start their flying career immediately after finishing the studies, Daniele explains.

All lessons and training at Pilot Flight Academy is conducted in English and the school has both students, instructor and employees from many different countries.

– If the Norwegian students are with somebody who doesn’t speak Norwegian, they’ll switch to English immediately. In the beginning Norwegians seemed a little cold, but when you establish a friendship, this will last forever.

Daniele hopes his story will encourage those with the dream of becoming an airline pilot to come to Norway and start the education at Pilot Flight Academy.
– This will be the best experience that you will ever have and you will not regret it. Don’t think twice, this is the perfect moment to start your own adventure!

Seize your moment and take the chance on a career in the air!
Read about our admission test and enrollment procedure here!