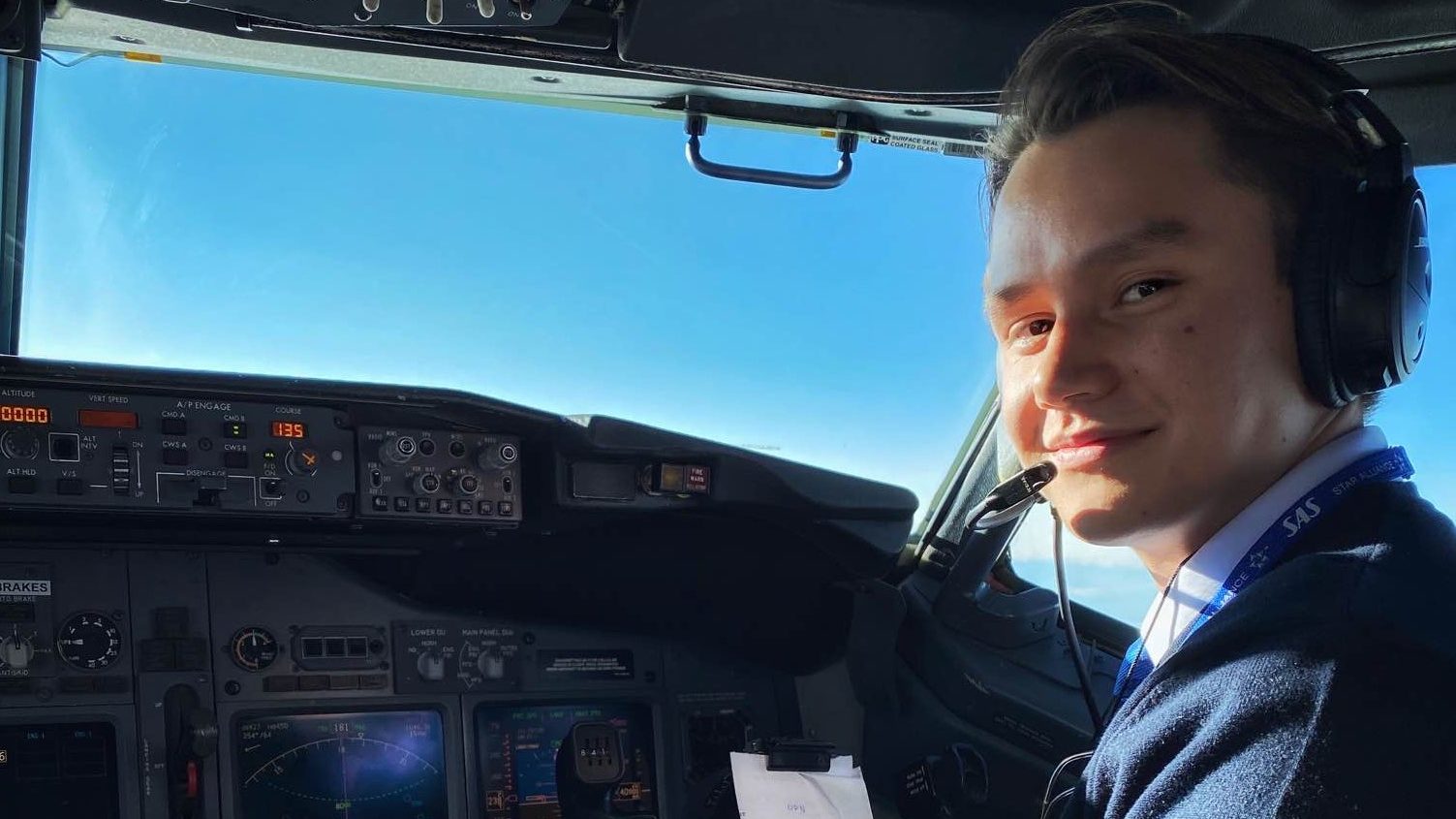 After 2 years of studying and 6 months as a Flight Instructor, former student at Pilot Flight Academy, Mathias Storheil, landed his dream job at SAS. At only 22 years of age, he is one of SAS` youngest pilots.

The dream of becoming a pilot

– To become a pilot has been my dream since I was 8 years old, Mathias says.

He goes on by telling that he was a bit unsure on how to pursue his dream at first, and that he did not know where to start. It all changed when he received information on an educational fair.

– “Opportunity is key”, and the fact that I got a good overview over the pilot program made my decision much easier. 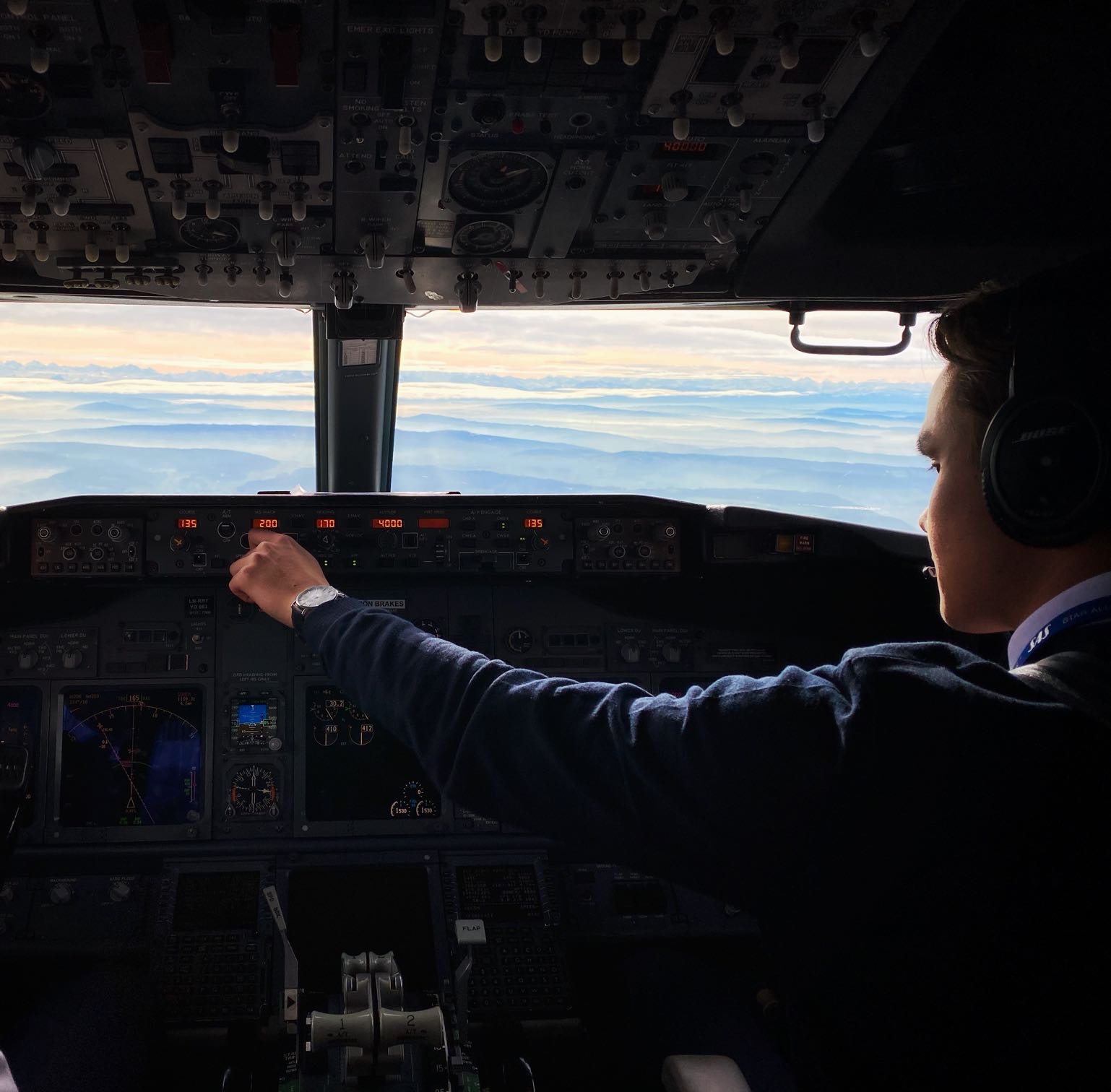 Chose to live at campus

Mathias chose to live at campus to keep reminded what it takes to become a pilot.

– To see that the students and instructors took the step onto a career in an airline was a huge motivation for me. At the same time, it was good to know that the job market was getting better and better and that there is a huge need for new pilots in the years to come.

When Mathias is asked what he found best about studying, his reply is fast;

– The unity of our class was super! The feeling of not going through this alone, but that we all are in the same boat fighting for the same goal, is amazing.

– It’s important to find happiness in what you do and study. Have fun while studying! Take it day by day and not week by week. Use 100% of your focus on learning what you should at daytime with a balance in taking breaks and doing other activities at nighttime. After two years you will end up with a pilot license and a lot of great memories, Mathias can tell us.

After two years of studying Mathias started working as a Flight Instructor at Pilot Flight Academy, the same school he had studied at for two years. He found the job as an instructor highly rewarding.

When it comes to landing his job in SAS, he does not have any advice in particular, but he do have some general considerations:

– It is much about your personality and how you fit in the company culture. By being open and honest, and especially humble, you can come a long way, smiles the newly employed SAS pilot. 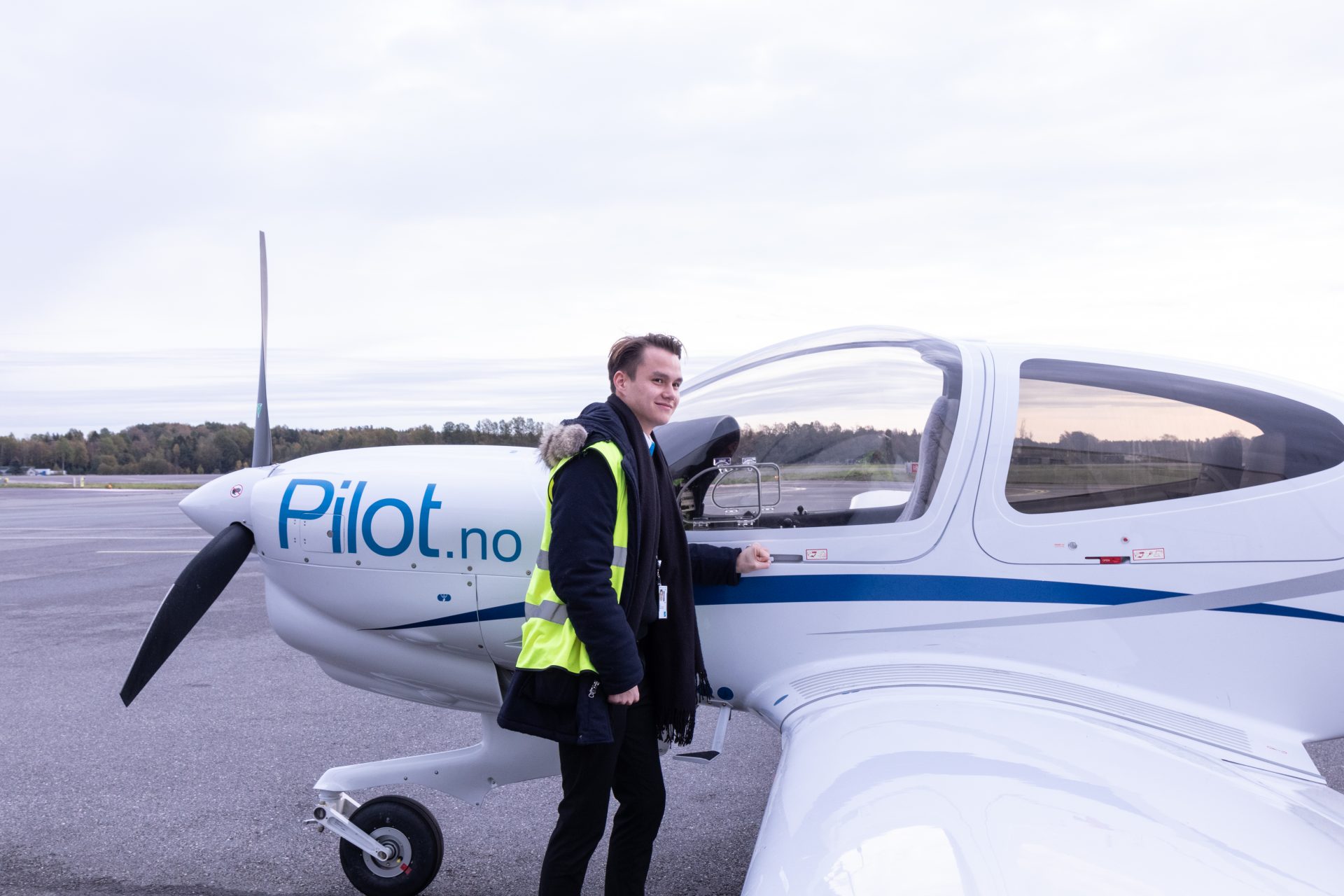 Challenging to teach others

The most important thing as a Flight Instructor is to teach future pilots to become as good pilots as possible. Mathias learned a great deal in his job as an instructor.

– To teach others how to fly was more challenging than I expected. Luckily you develop techniques that fit your style of teaching. Every student is an individual with a different personality and a different mindset, and you have to adjust to the student on which technique fit him or her the best, says Mathias.

Everyday life as a Flight Instructor is a job with much variety where you get a close relationship to your colleagues. Mathias says he also enjoyed the responsibility it is being an instructor.

– Personally, I like the fact that you take the responsibility for both the students’ safety and how they learn. Being a part of shaping future pilots and in that sense also the future of aviation is truly amazing, says Mathias.