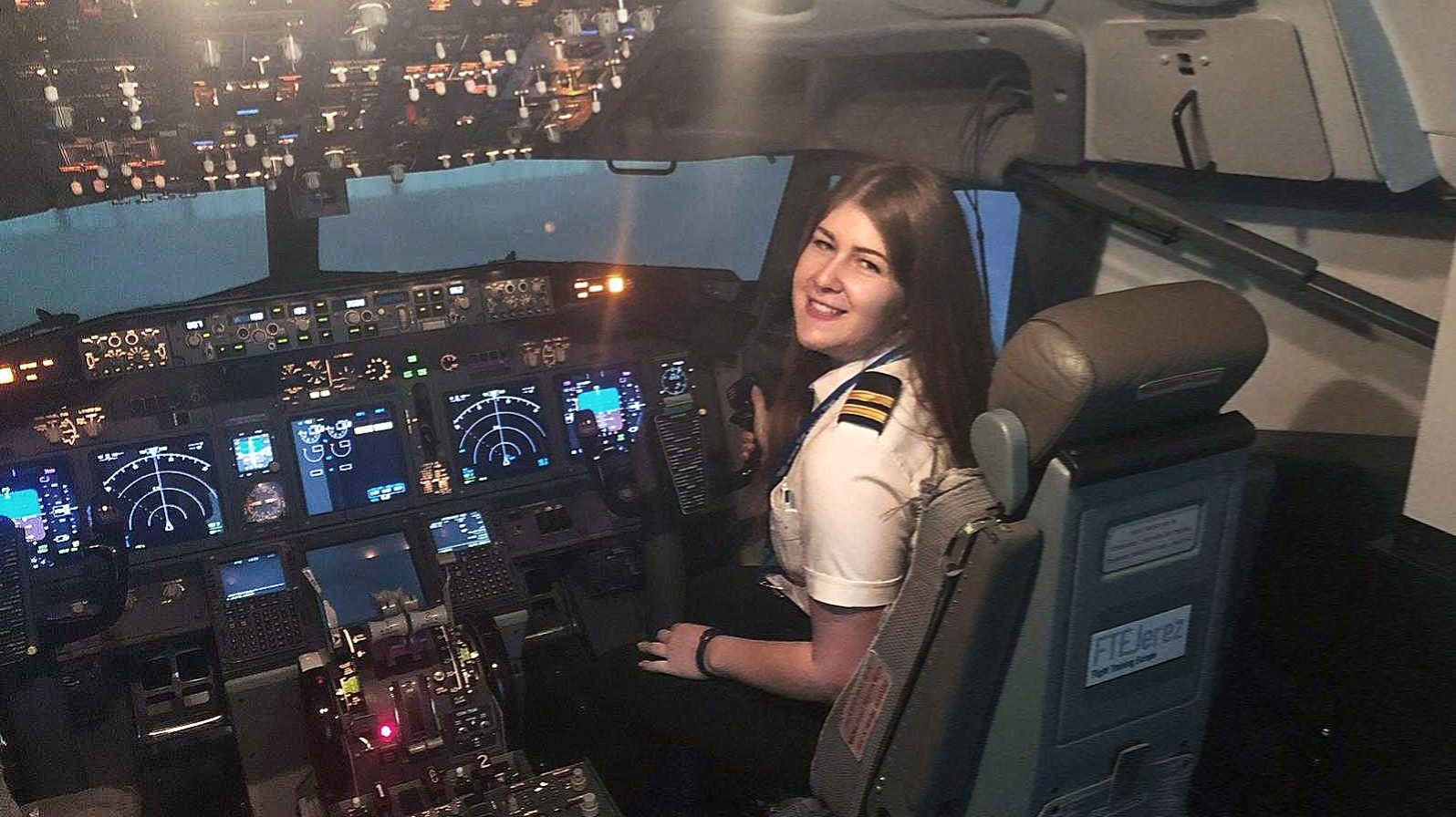 After a carefully thought out decision, Regina Eiserle became a pilot and now she is a Flight Instructor at Pilot Flight Academy helping other young people to follow their dream of becoming airline pilots.

– I have always been fascinated by travelling. I was fortunate enough to go on many holidays with my family since I was a small kid and the part I remember the best were the airplane rides.

Inspired by women in aviation

Regina Eiserle is inspired by many women that work in the aviation industry. Her biggest inspiration is probably Amelia Earhart, an American woman who lived in the early twentieth century. She now counts as one of the pioneers in aviation history, her most well-known flight is when she flew solo over the Atlantic Ocean in 1928. Earhart even worked with mechanics beforehand to learn as much about the airplane she was going to flying. After this flight she went on to write books about her flying experiences and set more world records for her time.

– Nowadays, everyone knows the name Amelia Earhart and this is due to her following her passion even though at the times she lived in, she was first regarded as a lunatic to even want to fly planes. I think everyone can learn from her that if you are determined and believe in what you do, you can do anything in this life!


Regina was thinking about being a pilot from early age, but she didn’t know if it would be possible to be a pilot and still have a family one day.

– I was searching for inspiration and found many articles about female pilots, some of them captains, that also had a family! This manifested my decision that I could become a pilot and still follow my personal goals, Regina explains.

How was it moving to Norway and start working at Pilot Flight Academy?

– It was exciting! I really love getting to explore life in different countries. I drove here all the way from Austria with my car to bring all my belongings. I live in a shared apartment which gives me the opportunity to socialise with locals outside of work and get to know the culture here by tasting different foods they make and talking about traditions. I even have a family member that lives in Sandvika who I am now able to see more often. I also have friends in Trondheim, Stavanger and Bergen that I know from when I was studying in England, Regina says. 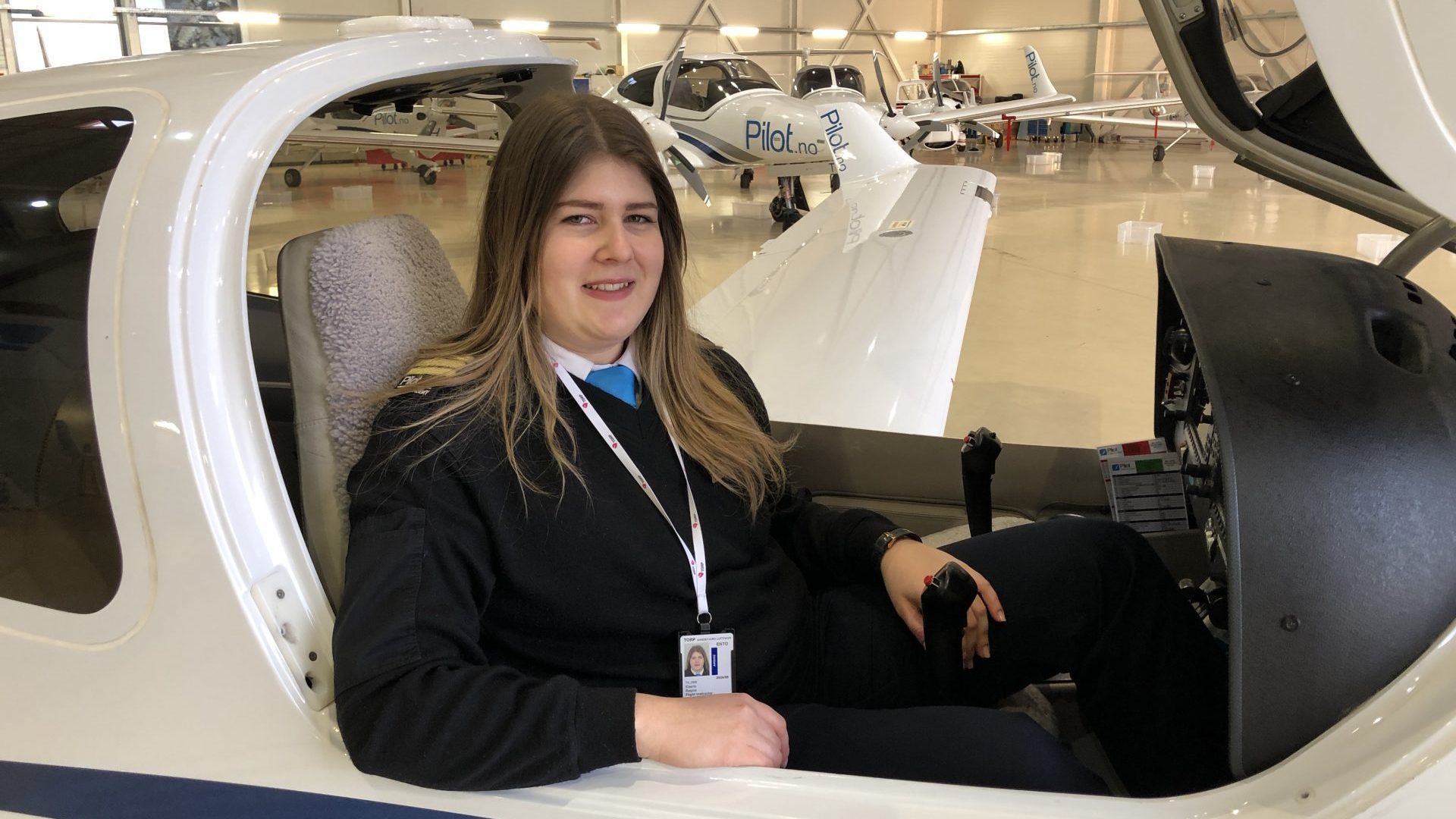 She really enjoys the good and stable work at PFA, and the professionalism the academy shows.

– You always have the feeling that you’re being well cared for. In the beginning, when I had a lot of questions, there was always someone to happily help me. We have many nationalities working here, mostly Norwegians, Swedish and Danish, but also from all other places from Europe and even South America. Having this mix of cultures makes for great conversations and different views and inputs to any topic that is discussed. Especially on those bad weather days, we are often not able to fly and then it is nice to see that everyone gets along great. Operations here are handling things great as well, there is hardly any issue and if there is one, it is resolved very easily and in a no-blame fashion, Regina explains.

Influenced by the airport environment

Regina has always been interested in helping other people, and since the age of 14 she has volunteered in different organisations. She always thought of working within tourism and after school she decided to work at the airport to save money for travelling and decide what she wanted to do with her life. Naturally, being surrounded by pilots, cabin crew and passengers every day, the thought of becoming a pilot became attractive. All this probably led up to Regina becoming a pilot, and for the time being working as a Flight Instructor at Pilot Flight Academy.

– I think it is important not to rush into a decision of what you want to do for the rest of your life. I wanted to make sure to do the right thing and not waste any precious time of my life!

Regina found a flight school in Spain and moved there in March 2017.

– I had lived abroad before, in the United Kingdom, and I loved the experience, so I couldn’t wait to spend some more time outside of Austria, this time in a warmer climate, she smiles.

Before attending flight school, Regina had not had any flight lessons, but she is a quick learner and flew her first solo after 10 hours of flight instruction.

– The best thing about flying are the views you get once you climbed to your planned altitude. My favourite flights as a student were the solo navigation flights, in particular my Cross-Country Qualification flight which is a flight that needs to be at least 300nm long. I went from Jerez to an airport surrounded by terrain, Granada, then from Granada to Sevilla, a big airport with a lot of international traffic, and then back from Sevilla to Jerez.

Regina has always been keen on helping people by sharing her knowledge, and this is also what she finds fascinating with being a Flight Instructor.

– The best thing about working as an instructor is getting to interact with students and even though my experience is only marginal more than the one of the students, it is great to see progress and that I am making an impact in the way they prepare and execute a flight. It is nice to work in an environment where students are eager to learn and improve themselves and I am happy to use my authority to help them along the way!

Regina is seeing herself as an instructor for years to come, but she also has a dream of becoming an airline pilot in the future.

– I would like to work for an airline for a couple of years to get more flying experience. Then also move back to Austria to be closer to family and friends. I want to remain a flight instructor, but I also think it is important to get more experience to have a better understanding of the industry and to give more valuable feedback to a pilot student speaking of experience rather than a textbook, Regina says.

Do you have a dream of becoming a pilot?

Read more about admission and what it takes here.

Previous
Next
Pilot from day one